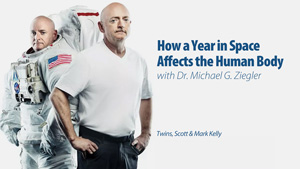 The UCSB Script to Screen series just completed its fourth and most successful season to date. We hosted three special Academy screenings (Whiplash, The Theory of Everything, and The Grand Budapest Hotel) where we connected Oscar nominees with students and the Santa Barbara Academy/Guild community. We also expanded our series to include a focus on television with our 10th Anniversary of Lost with Executive Producer/Director Jack Bender. This season our guests of honor shared key lessons about the importance of personally connecting to the material as well as having a family-esque support system to help bring the script to the screen.

Here are some special quotes from our guest artists: The Theory of Everything with Oscar-nominated screenwriter Anthony McCarten:

“In 2004, that was the real catalyzing moment for me when I read Jane Hawking’s auto-biography. Everything I thought I knew about Stephen Hawking was displaced by everything I didn’t know. This was a unique, emotional insight into his private life. This incredible love story, very much one of a kind, unprecedented in some ways, challenging, heartbreaking, triumphant. I thought if I can get the rights to that book and marry it with the public world and what we know of Stephen and his public story, you know we would really have something special.” “I was a drummer when I was in high school, and I had a teacher that was very much in this mold. It was the sort of thing where drumming had been this sort of hobby for myself that I did not take that seriously. As soon as I got in the orbit of this conductor/this teacher and his big band that he ran, he suddenly felt like life or death everyday. I felt the worse thing possible would be to screw up a hit or a beat. I just remember the daily dose of dread that I would feel during that time. I don’t play that much anymore, but you get a lot of fodder from that sort of emotional experience. It occurred to me that there might be a subject for a movie there.” “This was very much a cathartic thing. I’d been broken up with, didn’t understand why, could not accept that it was just that she didn’t feel the same and then a minute later she got engaged, and I was like, What in the world? I was writing to put it all out there.”

The UCSB Script to Screen series returns in October 2015 for its 5th season. This coming year we will be expanding to include more actors on the stage with the screenwriter. Plus, we are currently planning a major event with a frontrunner to the 2016 Best Picture nominee and with a very special guest.

Browse all programs in the Script to Screen series.