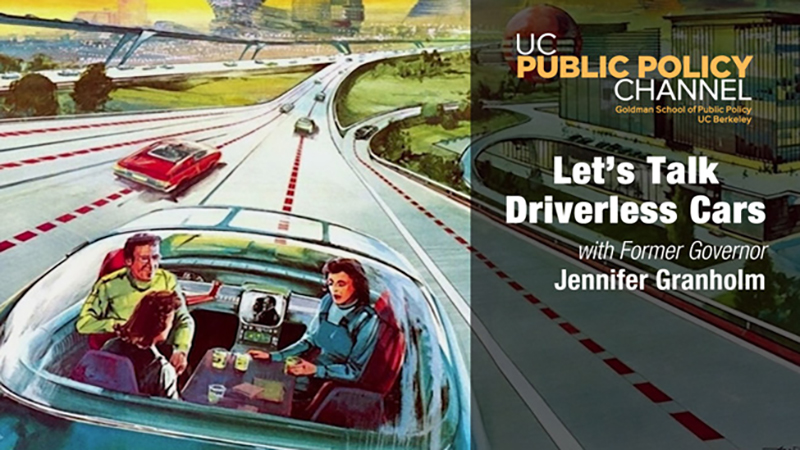 Imagine a not-too-distant future where gasoline-powered engines disappear and we all travel in electric, driverless cars that don’t pollute the air. And, a future where the actual number of cars on the road decreases because we’ll all participate in a transportation sharing service rather than owning our own vehicles. That’s the vision presented by former Michigan Governor Jennifer Granholm in this energetic talk to the Goldman School of Public Policy as she describes its financial and environmental advantages but also outlines the new policy challenges. Among them, how to retrain professional drivers? What to do with empty parking lots? And how to replace the tax revenue generated by gas sales? Granholm’s eye-opening peek into the next decade will give you lots to think about next time you’re stuck in traffic. If you prefer to watch them all together, the entire program is here. See more programs from the series here.