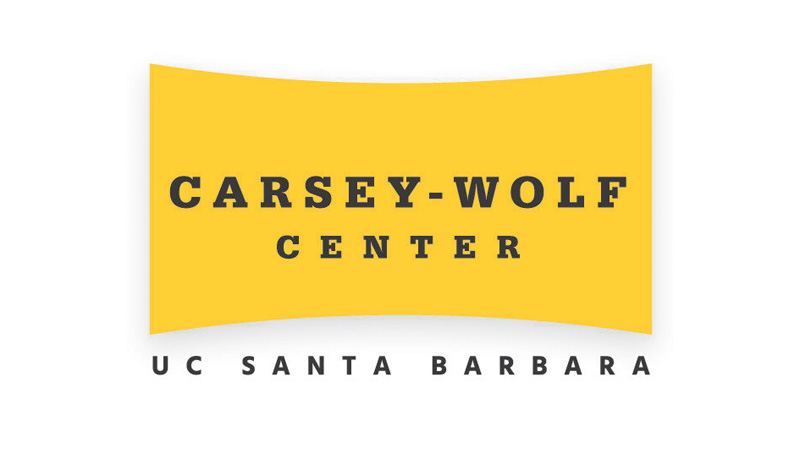 The Carsey-Wolf Center’s Spring 2019 screening series at UC Santa Barbara explores the international legacies of cinematic New Waves, including films from France, Cuba, China, Italy, and Iran. Whatever their disparate eras or sources, these selections share an emphasis on stylistic and narrative experimentation, a rejection of traditional film conventions, a sympathetic response to youth culture, an insistence on emotional verisimilitude, and a critical examination of contemporary social and political issues.

Alain Resnais’ Hiroshima mon amour (France-Japan/1959), written by novelist Marguerite Duras, uses the post-war affair between a French actress and a Japanese architect as the basis for a poignant meditation on memory and forgetfulness. The two struggle with their differing perceptions of the Hiroshima bombing and its lingering effects, both societal and personal (one of which is the end of their affair). Resnais, a former editor, employs a dense, elliptical narrative structure that includes documentary footage and brief flashbacks to the lovers’ previous lives, among other innovations. Resnais was a generation older than Truffaut, Godard, and other French New Wave filmmakers, but his innovations proved influential on their work.

Tomás Gutiérrez Alea’s Memories of Underdevelopment (Cuba/1968) is a complex character study set in Havana during a period of social turmoil, between the Bay of Pigs invasion and the missile crisis. The protagonist, Sergio, is a wealthy bourgeois aspiring writer who elects to remain in Cuba after his wife and friends flee to Miami. Living a rootless existence in an atmosphere of anomie, Sergio is soon caught up in the social and political Cold War forces engulfing Cuba, and the post-revolution economic upheavals that are causing his privileged class to disappear. As in Renais’ film the narrative which unfolds is fragmented and highly subjective, in a style meant to evoke the process of memory and that requires active participation from the spectator.

Zhang Yimou’s Red Sorghum (China, 1987), based on the novel by Nobel laureate Mo Yan, chronicles life in a rural Chinese village during the Second Sino-Japanese War. Though seemingly more conventional in style and narrative structure than other New Wave films, Red Sorghum shares its determination to challenge Hollywood conventions, eschewing ersatz sophistication and easy sentimentality in favor of simplicity and emotional directness, expressed in unromanticized depictions of poverty, sexual abuse, and sudden violence. The overall effect at times approaches a state not unlike magic realism. The film was also distinctive for its time and place in centering its story on a young girl, an emphasis which abetted a critique of Chinese society’s traditional sexual mores and treatment of women.

Though diverse in their blending of themes and techniques, what emerges from viewings of these and other New Wave films is a renewed sense of the cinema’s potential as a narrative art form, one illuminating aspects of the human condition far surpassing the boundaries of Hollywood storytelling. 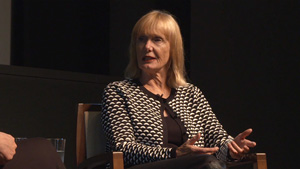 “I ought to be thy Adam, but I am rather the fallen angel…”
— Mary Shelley, Frankenstein

Since its first (initially anonymous) publication in 1818, Mary Wollstonecraft Shelley’s Frankenstein has intrigued successive generations of readers and critics while inspiring dozens of cinematic adaptations and re-imaginings. In honor of the novel’s 200th anniversary the Carsey-Wolf Center at UC Santa Barbara presented Frankenstein: Afterlives, a series of screenings and interviews that explored the lasting impact of Shelley’s Gothic masterpiece on popular culture.

The inaugural program in the series uses the 2017 biographical film Mary Shelley as a springboard for discussion about the author’s relationship to her most famous work, and the various interpretations of Frankenstein arising from scholarly examination of her life. UC Santa Barbara’s Professor Julie Carlson frames Shelley’s story, both personal and fictional, as a series of oppositions – radicalism vs. conformity, class distinctions vs. egalitarianism, intellect vs. imagination, pragmatism vs. idealism, art vs. commerce – while noting that it is only fairly recently that scholars and commentators have begun to fully grasp the complexities of Shelley’s life and work. Frankenstein is key to any such discussion, not merely because of its iconic status but because it was one of the first popular texts to foreground the post-Enlightenment confluence of art and science. The story’s resulting conflict between pure scientific inquiry and philosophical concerns constitutes an early treatise on bioethics, a topic of increasing urgency today.

Frankenstein has also been championed by modern scholars and critics as an early feminist text, but Carlson cautions that this interpretation is dependent upon a consensus definition of “feminism” and is therefore debatable. According to Carlson it may be argued with equal validity that the novel was autobiographically-inspired, an allegorical reaction to Shelley’s own upbringing as, in Carlson’s words, “an experiment of radical parents.” Shelley was doubtless keenly aware of the oppositions mentioned above and incorporated them into her work, but she doesn’t resolve them neatly for the reader; rather than a destination, her interest was in the exploration. The many other possible interpretations of Frankenstein – as cautionary fable, post-revolutionary tract, political allegory, critique of English Romanticism, etc. – are a tribute to the novel’s many facets and confirmation of its status as a vaunting work of imagination. 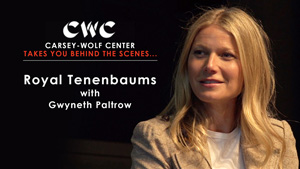 If anyone could be said to have been “born into show business,” it’s Gwyneth Paltrow. Her parents were film & television producer-director Bruce Paltrow and actress Blythe Danner, whom Gwyneth cites as her main inspiration to pursue acting. Her brother, Jake, is a director and screenwriter; her uncle Harry Danner is an opera singer; her aunt Dorothy Danner is an opera director; and her godfather is Steven Spielberg. With that pedigree, a career on stage and/or screen must have seemed pre-ordained.

Following in her mother’s footsteps, Paltrow initially pursed a theatrical career before being drawn into film work. After a number of small roles, including Brad Pitts’ wife in the cult favorite “Seven,” she rose to prominence with an Academy Award-winning performance in the surprise hit “Shakespeare in Love.” This led to notable turns in “The Talented Mr. Ripley,” “Proof,” “Sylvia” as doomed poet Sylvia Plath (the role of which Paltrow is proudest), the television series “Glee,” and as Margot Tenenbaum in Wes Anderson’s “The Royal Tenenbaums,” Anderson’s third feature film and the one that firmly established his now-familiar distinctive style. Following a brief hiatus from her hectic schedule, prompted by marriage and motherhood, Paltrow enjoyed a career rejuvenation thanks to her on-going participation in the Marvel Cinematic Universe.

In this episode of Script to Screen, Paltrow discusses her process of preparing for her various roles, stressing the importance of finding a connection to the material and of placing complete trust in the director – which often requires a high degree of adaptability to accommodate divergent directorial styles and personalities. In the case of “Tenenbaums,” for example, she notes that Wes Anderson had the entire film fixed in his head down to the smallest detail, including set design, props, make-up, and wardrobe; all the cast had to do was “execute it properly.” (Apparently co-star Gene Hackman didn’t have that level of trust in Anderson; in Paltrow’s words, Hackman “just didn’t get it.”) By contrast, her scenes in “Iron Man” with Robert Downey, Jr. were largely improvised by Paltrow and Downey working with director Jon Favreau. Paltrow also touches briefly on her parallel careers as a singer, author, and e-commerce entrepreneur with her web-based lifestyle company Goop.

When asked by host Matt Ryan to give advice to students seeking a foothold in showbusiness, and particularly women, Paltrow notes that “this is a great time” for women emerging in the industry. Studios are finally acknowledging the chronic gender and racial biases plaguing the industry, as well as the pay inequities, and have undertaken a number of corrective initiatives. Above all, Paltrow urges the students to be confident, to be themselves, and to continue to break down doors. 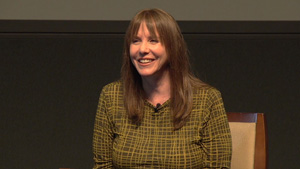