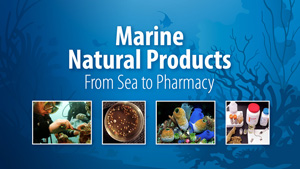 The vastness of the ocean is only surpassed by the biodiversity within it; from familiar and unfamiliar mega-fauna, to every microbe and virus inhabiting every corner of the seas – from the deep freeze of the Antarctic to the scorching plumes of volcanic seafloor vents.

Paul Jensen describes how he and other researchers are tapping into the biodiversity of the world’s oceans as a relatively new resource for natural product drug discovery. Jensen is at the Center for Marine Biotechnology and Biomedicine at Scripps Institution of Oceanography, UC San Diego. 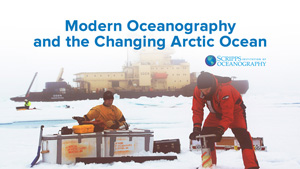 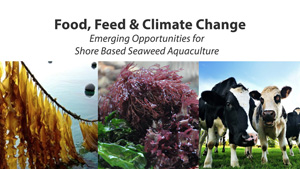 Kelp cutters once harvested tons of the nearshore kelp off the San Diego County coastline, producing additives for your ice cream, beer and pharmaceuticals.

And of course, anyone who has had a California Roll or a bowl of miso soup is familiar with the centuries-old use of Nori.

But now Scripps researchers are working to uncover other value from the ubiquitous red, green and brown algae that thrives in our waters, even exploring the use of seaweed to reduce methane produced by dairy cows – and perhaps even improving their health and productivity.

Join Scripps Oceanography’s Jennifer Smith and entrepreneur Brant Chlebowski as they tell the story of their collaboration on applied aquaculture research that has sparked the formation of the California Seaweed Company. 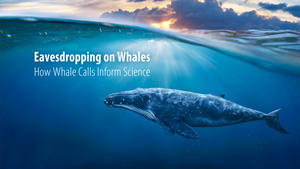 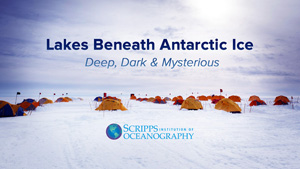 Where is one of the last places on earth you would expect to find a never-before known lake? Certainly, any of earth’s best-known deserts…the Sahara, Gobi, or Kalahari right?

Technically fitting the definition of a desert by standards of precipitation, Antarctica could also be on that well-known list of dry places.

But Antarctica has been imaged constantly for years across the entire visible and invisible spectrum and alas an unknown lake never popped up in any pictures until….who would think it…

In 2006, Helen Amanda Fricker was sitting at her desk studying new satellite data when she made a starting discovery – a set of active lakes that exist underneath the ice in Antarctica. Join Helen, a 25-year veteran of Antarctic ice sheet research, and learn about the discovery, exploration and drilling of these mysterious phenomena at the southern reaches of our planet.