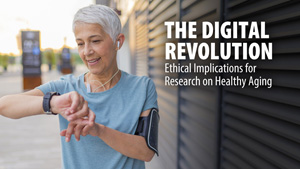 That wearable fitness device on your wrist is measuring so much more than your exercise levels. Digital tools offer unprecedented opportunities in health research and healthcare but it can come at the cost of privacy. Six days of step counts are enough to identify you among a million other people – and the type of inferences that can be made from other everyday behaviors is growing rapidly.

Camille Nebeker, EdD, MS is Associate Professor of Behavioral Medicine in the Department of Family Medicine & Public Health at the UC San Diego School of Medicine. She discusses the ethical considerations of informed consent and potential harms and benefits of these technologies. She also shares ideas on how we can work together to create systems that define and encourage safe digital health research and practice. 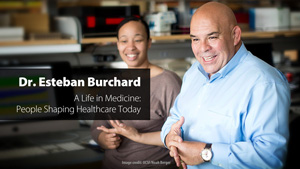 As the child of a single mother growing up in one of San Francisco’s poorest neighborhoods, Dr. Esteban Burchard’s background makes him particularly sensitive to issues surrounding health equity. He is a world leader in efforts to untangle the contributions of genes and environment in the expression of common diseases. Much of his work centers on childhood asthma, for which he runs the world’s largest cohort of diverse patients in an effort to better understand the risk factors for the disease and the predictors of outcomes and responses to therapy.

He has also made major contributions in the areas of health disparities, precision medicine, and the promotion of underrepresented populations in the health professions. He is a Professor of Pharmacy and Medicine at UCSF and director of the UCSF Center on Genes, Environment and Health. He is proud of being able to merge his personal passion with academic rigor.

His honors include membership on President Obama’s Precision Medicine task force, as well as election to the Alumni Hall of Fame at San Francisco State University and his selection as an Academic All-American for wrestling. 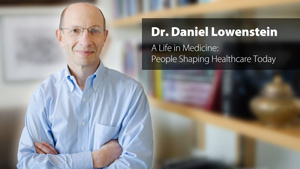 When he was a young man, Dan Lowenstein used to proclaim that he would never be a doctor. Fast-forward to today and he is not only an accomplished physician-scientist in the area of epilepsy, an award-winning medical educator, and an innovative and forward-thinking leader but he is also UCSF’s Executive Vice Chancellor and Provost. As provost he oversees the university’s academic programs and tackles issues ranging from the modernization of the Parnassus Heights campus to the future of big data in healthcare.

In prior roles, he helped launch UCSF’s Academy of Medical Educators, led UCSF’s Physician-Scientist training programs, and served as Dean for Education of Harvard Medical School. In this interview with Dr. Robert Wachter, Chair of UCSF Department of Medicine, Lowenstein describes his circuitous path to a career in medicine, his passion for social justice, and the importance of authenticity for leaders. Find out how we went from “never medicine” to where he is today and what keeps him going. 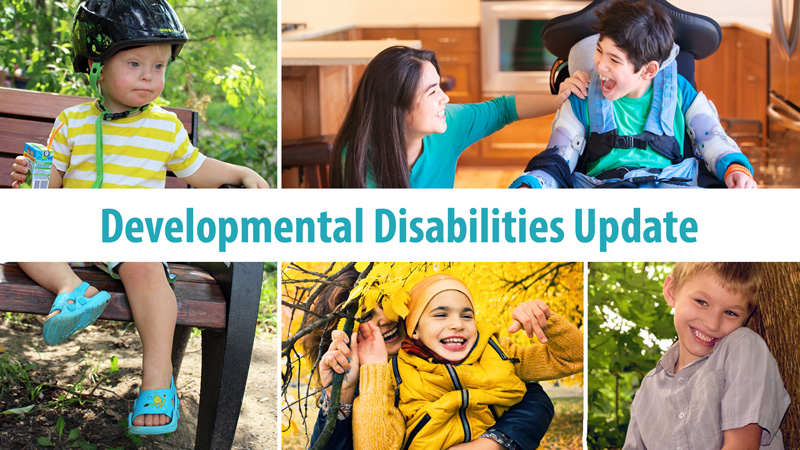 Check out highlights from this year’s conference addressing a variety of topics, including the impact of trauma and immigration on child development and people with intellectual and developmental disabilities.

Offering a unique update for primary care and subspecialty health care professionals and others who care for children, youth, and adults with developmental disabilities and complex health care needs, the conference covered a broad spectrum of developmental disabilities across the lifespan including autism spectrum disorders, mental health, genetic screening and diagnoses, and intervention and therapeutic consideration. Focus on special education, law enforcement, and policy from a variety of specialists adds to the content.

Presentations by expert faculty should be of interest to pediatricians, family physicians, nurse clinicians, psychologists, and internists who are involved in the healthcare of individuals with developmental disabilities, as well as to those in other health-related disciplines including health policy, epidemiology, psychiatry, school health, social work, and case management services.

While the conference is designed for health care professionals, families and individuals with developmental disabilities will also learn from the various represented disciplines. The conference was held at UCSF on March 14 and 15, 2019. 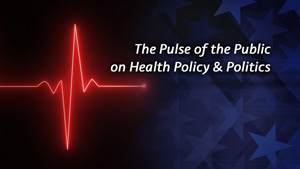 At the root, healthcare is a pocketbook issue. An increasing share of insured Americans report difficulty affording healthcare. Deductibles are rising – growing more than four times faster than wages – and causing worry, especially over unexpected medical bills that ripple families and their budgets.

Drew Altman, President and CEO of the Henry J. Kaiser Family Foundation, provides an analysis of the public’s priorities and opinions in healthcare as the new congress takes shape and the 2020 presidential campaign begins.

Using polling data, he shows that in the midterms, healthcare was a top issue for Democrats and Independents but not for Republicans. The Democrats perceived that the ACA was under threat and rallied behind that issue. That helped propel them to large gains in the House.

Altman predicts that with that new Democratic-majority some of the big moves proposed in the last two years will not happen. These include repeal and replace of the ACA, changing Medicaid to include caps or block grants, and changing Medicare to a voucher system. He further predicts that no major health legislation will be passed at all except perhaps some bipartisan legislation on drugs.

With the huge partisan divide on the ACA – 81% of Democrats approve versus only 17% of Republicans – there are obvious limits to passing any national health care reform, even though generally the public highly values many of the key benefits of the ACA. Simultaneously, public knowledge about what the ACA does is actually spotty. For example, Altman cites polls that show that 41% wrongly believe that the ACA established “death panels.”

As the 2020 presidential election heats up, Altman shows that healthcare will continue to be a big issue with Medicare-for-all perhaps out in front of the others. There are many misconceptions about this kind of plan including the costs and benefits of a single-payer system.

When it comes to Medicaid, sweeping change proposed by the Republicans is unlikely. Polls show that it is generally more well-liked than some people acknowledge, almost as popular as other big programs like Medicare and Social Security, in part because it covers almost 75 million people. There are lurking issues such as work requirements but most Americas want to keep it as it is, affordable insurance for low income people.