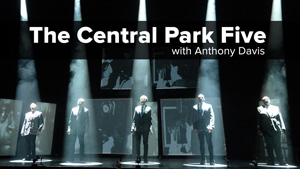 It’s been said that jazz is one of America’s most significant and lasting cultural exports. The style that became known as jazz originated in New Orleans in the late 19th century, and grew rapidly in popularity and influence. By the beginning of the 20th century this musical genre had firmly established itself in Memphis, Kansas City, St. Louis, Chicago, New York City (specifically in Harlem) and other American cities. But it took a cataclysmic event to propel jazz “across the pond,” where it quickly established a firm foothold in the European cultural landscape.

The primary agent of that intercontinental expansion was Lieutenant James Reese Europe, a black officer and bandleader who volunteered in 1918 for service in World War I with members of his celebrated Harlem Society Orchestra. Because the U.S. Army was not yet integrated, their newly-formed 369th Regimental Band fought courageously alongside the French, who nicknamed the 369th “the Hellfighters” and awarded the Band the Croix de Guerre in recognition of their valor and contributions to morale.

In addition to their exploits on the battlefield, the Hellfighters brought jazz to several European cities — most notably to Paris, where several of the 369th’s musicians remained following the war’s end. In the ensuing decades Paris became a mecca for jazz practitioners and aficionados, as more Americans musicians emigrated to the City of Lights.

For the 19th Annual Lytle Scholarship Concert at UC San Diego, internationally renowned pianist and Department of Music Professor Emeritus Cecil Lytle is joined by a stellar array of jazz musicians from Los Angeles, San Diego and Tijuana in a concert entitled “Harlem Hellfighters: Jazz Goes to War.” Through narration and an eclectic selection of music this program relates the history of, and pays homage to, those brave soldiers and jazz ambassadors of the 369th Regimental Band.

“The music of this concert is the story of jazz,” Dr. Lytle notes, “a story of liberation ‘over there’ and back here… Not only did the Harlem Hellfighters fight for their country when they did not have equal rights at home, but they brought jazz to Paris and soon united generations of people around the world-young and old, rich and poor, black and white, friends and foes-in what would become the rhythm of the 20th century.”

UCSD-TV has been along for the ride since 1998, making the performances by Lytle and his noteworthy guests, spanning 200 years of jazz, popular standards and chamber music, available to audiences on TV and online.

Judging from our travels and discussions over the past seven years, this film is highly anticipated among scholarly, educational, and music-lover communities. Why? The knowledge base regarding Franz Liszt has been so fractured and sensationalized that there has never been a serious scholarly or “publicly accessible” statement about his life and music. Ken Russell and […]

Judging from our travels and discussions over the past seven years, this film is highly anticipated among scholarly, educational, and music-lover communities. Why? The knowledge base regarding Franz Liszt has been so fractured and sensationalized that there has never been a serious scholarly or “publicly accessible” statement about his life and music. Ken Russell and Roger Daltry certainly don’t count!

During our research on Franz Liszt over the past five years, we have been told and encouraged in this effort by many people. Our Europeans friends, in particular, are anxious to have what they keep calling “the American point of view” on Liszt. Quite frankly, their interest in this composer tends to be somewhat provincial and territorial. The Germans only know and study the works Liszt composed during the 20+ years he lived in Germany. The French are only concerned with his childhood Parisian compositions and his philosophy. The Hungarians, well, they are only interested in his more patriotic sacred works and those prescient late works that he composed while he lived in Budapest. The rest of Europe falls into one basket or another with regards to national orientation on Liszt. No one has ever been truly interested in Liszt as a lifelong phenomena without preference to national origin and mindset. As David Zsoldos says toward the end of the film, “The EU still has a long way to go.”

We have arranged for four preview showings in the next month or so:

Brown University — Monday, October 17th at 4:00 PM (click here for more information). This showing is part of the Brown U. Liszt Festival that runs throughout the month of October. Our evening should be made up of regional faculty and students in attendance.

Weimar, Germany — This is the premiere international conference (Congress) of Liszt scholars and takes place over the weekend of the Franz Liszt bicentenary; “everyone who is anyone” in the field (as well as many of our interviewees) will be there and we should get good feedback.

Budapest, Hungary — David Zsoldos (editor of FidelioMedia.HU – the weekly Hungarian TimeOut Magazine – and one of our interviewees) has arranged a preview evening (Monday, October 24th) at the Palace of the Arts (their Carnegie Hall) in Budapest. It is an invited audience of academics and subscribers to the Palace of the Arts. More good feedback, hopefully.

UCSD — A UCSD preview is being planned for January 2012 at The Loft. The preview will be an informal coffee & dessert event followed by discussion. We plan to invite the film’s donors, principals in the music department and at Thurgood Marshall College, and our friends and the many people who have contributed in so many different ways to this film.

If you can’t wait until the January preview, join me at the fall quarter Faculty Club Dinner Party on Saturday, October 29th, at 6:00pm. The evening is entitled Mephisto Waltz in homage to Franz Liszt’s bicententary and Halloween weekend. Apparently, there will be a costume contest. Chef Ed promises a Hungarian-themed dinner with desserts appropriate […]

If you can’t wait until the January preview, join me at the fall quarter Faculty Club Dinner Party on Saturday, October 29th, at 6:00pm. The evening is entitled Mephisto Waltz in homage to Franz Liszt’s bicententary and Halloween weekend. Apparently, there will be a costume contest. Chef Ed promises a Hungarian-themed dinner with desserts appropriate for the Halloween weekend.